Verdi is a mid-early June-bearing strawberry selection. Its harvest window is comparable to that of Darselect. Verdi is suitable for planting in conventional fresh and frigo cultivation systems, either in open field, under cover or in tunnels. Verdi has a healthy, balanced plant with lime green, shiny leaves

The fruit of Verdi is attractive. The first fruits can be large and somewhat chunky. The following fruits are long conical and uniform. The fruit has an intense red to deep red colour and an attractive gloss. Particularly the fruit size is good towards the second half of the season and higher fruit weights can be expected compared to varieties such as Clery and Magnum. Verdi is characterised by its juicy texture and high brix levels. Its distinct aroma makes Verdi well-suited for direct sales and short sales channels. The fruits’ shelf life is good, and taste and texture remain relatively unaffected, although a slight post-harvest colouring may occur. A picking interval of two to three days is normal and recommended to optimise fruit quality.

Plants of Verdi are healthy, resilient and well balanced. The plant architecture is open which makes the trusses clearly visible. The growth habit is compact, and the vegetative-generative balance remains optimal. The foliage is lime green and glossy. Flower trusses typically have seven to eight flowers which normally remain under the leaf canopy. Verdi is also relatively heat tolerant and able to cope with periods of high temperatures.

Upon the beginning of the harvest, the production increases rapidly. Verdi has a longer harvest window compared to other varieties with steady production, due to the nice spread in the emergence of new flowers trusses (Fig. 1). Therefore, fruit size stays relatively consistent (Table 1). The steadily high fruit weight in combination with the visibility of the fruit trusses result in a high picking performance. 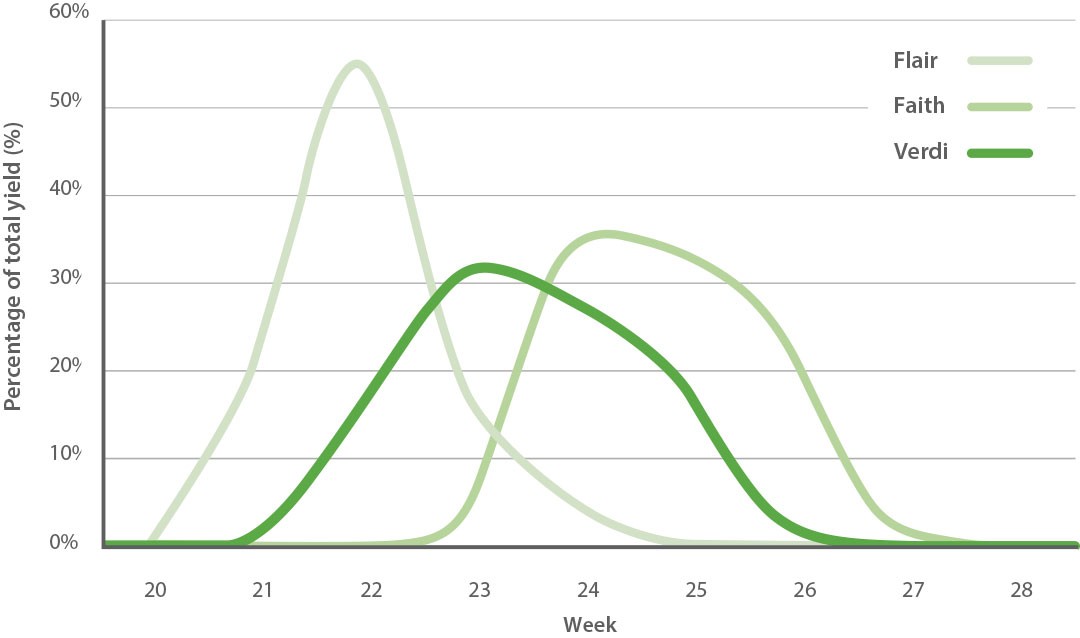 The Verdi brochure can be download by clicking here!

Trials have shown that Verdi resists infection by soil borne disease such as Phytophthora cactorum and Verticillium very well. Moreover, Verdi is also tolerant against mildew.

Table 1. Overview of Verdi crop characteristics compared to Clery and Allegro. Results are based on trials at Fresh Forward. Properties are scored on a scale from 1 (poor) tot 9 (excellent).

Verdi is a strong variety and has proved to be very efficient with the available nutrients in the soil. Therefore, Verdi has a low fertilization requirement for a successful crop. For specific fertilization strategies, please contact us.

An additional application of nitrogen of 25kg of pure N during the vegetative phase is sufficient to create sufficient leaf mass. A balanced potassium:calcium ratio of 7:2 is recommended during flowering and harvesting, in order to achieve a successful harvest. In addition, extra attention should be paid to watering the plants evenly and as required.

Verdi is protected by Plant Breeders’ Rights and traded under license.

Verdi is available at: 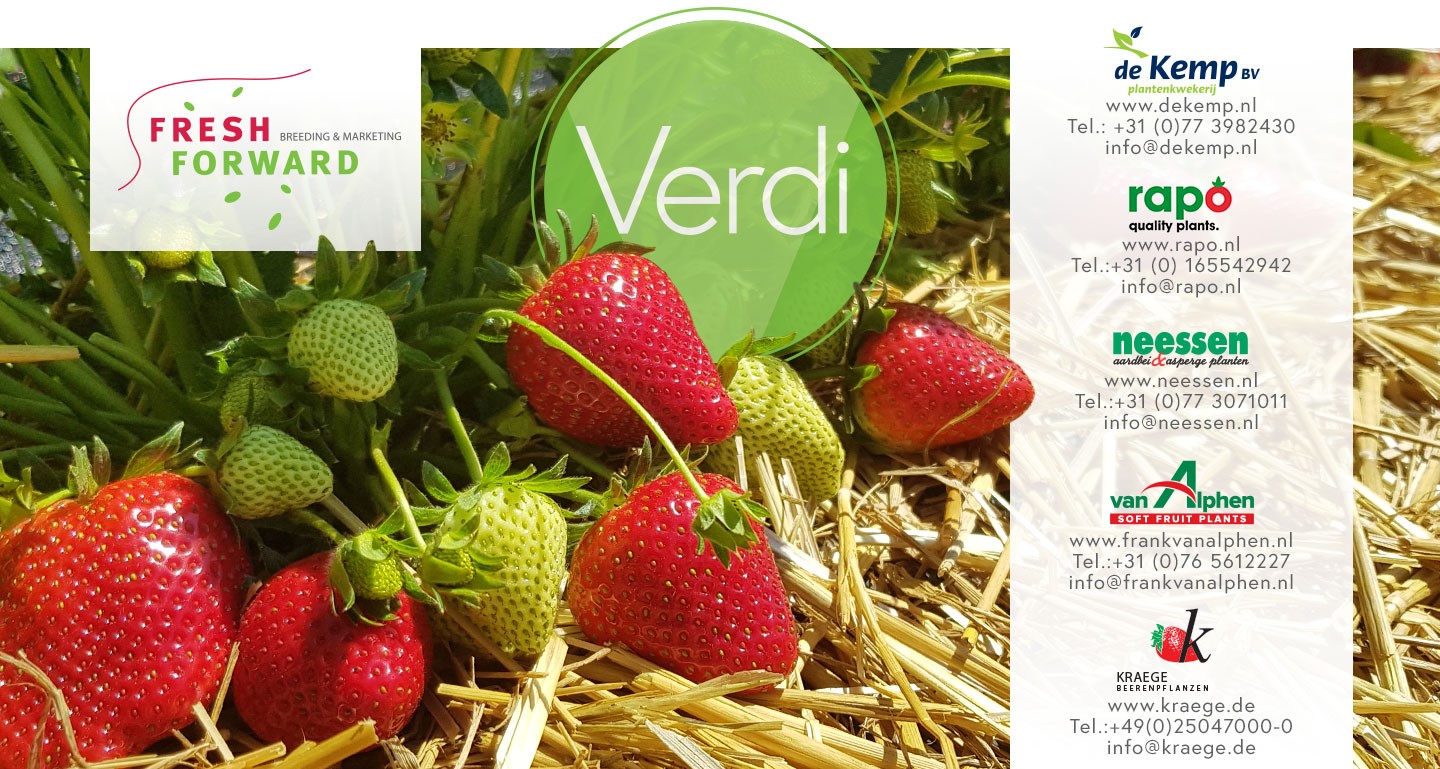 Interested in the added value of our varieties?
Feel free
to contact us
Send Fresh Forward a message!